The wall that surrounds Avignon today was begun by Innocent IV in the mid 1300s, during the Hundred Years’ War. Intended to protect the city from the highway bandits and mercenaries that swarmed the Rhone valley, the city still faced challenges from within as a, “band of rogues sowed terror, rendering the streets dangerous. The pope acted swiftly and inflexibly, ordering prompt justice. Drownings and hangings after cursory trials reestablished order in the city” at least temporarily http:/www.avignon-et-provence.com/avignon-tourism/monuments/remparts-avignon.htm#.Ukf2fEpvfWE  - the medieval response to gangs.
Onto the present day.
Inside the wall, the roads are very, very narrow. The driving direction of the narrowest streets often seemed to be determined by whomever got there first. I’m sure there are lots of rules around how this is really decided, but as pedestrians we never figured them out.
The plazas/squares are an entirely different experience - spacious, relaxing and as I’ve described previously, often entertaining in bizarre ways. On our second afternoon in Avignon, we found what soon became our favourite cafe and plaza. That day, as we were sipping coffee and eating pastries, the noise around us grew to the point that even we realized that something unusual was happening. We started to pay attention. Lo and behold, 3 big elephants walking in a line, came along the main street - in Avignon - along a street that was barely wide enough to accommodate them. And we didn’t even think to take a picture!

The longer we stay somewhere, the more adept we become at figuring things out, but since this was only our second day there we couldn’t even begin to guess what was going on, so we just kept looking at each other, then back to the elephants. It was so unexpected. There was a vehicle behind them with someone filming, so we thought that maybe it was a movie, a  music video? We never figured it out. The elephants were moving slowly, lumbering along, and traffic was quickly piling up behind them, but there wasn’t much that could be done. With the street’s buildings practically hugging 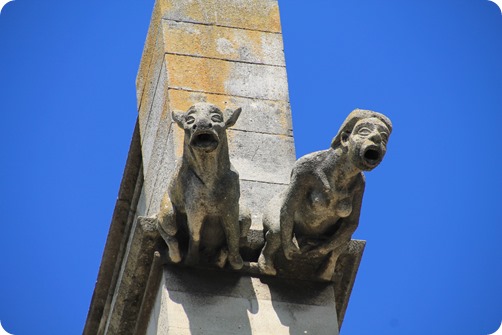 the elephants there was no room for passing. At some point though, somewhere in the city, there was an emergency. And apparently the only police officer available to respond was way way down the road, trapped behind the elephants and line of cars. On goes the siren! Did I mention the streets are narrow here? There is no room for people to pull over for emergency vehicles, and no way anyone can pass another car without scraping something. There simply wasn’t any way for people to make room for him to pass. Still, he kept the siren on as the cruiser inched it’s way up the road along with all the other cars, behind the elephants.

It left me thinking though, about how it would be if we each had our own personal siren that we could chose to use maybe once or twice a year. It would serve no purpose other than to let people know that we’re HERE and that something really IMPORTANT / SIGNIFICANT is happening in our lives, right NOW, and we want them to notice.

The following day, we sat in the plaza and this time there was all sorts of noise from the opposite direction. Drumming, singing, dancing and then a bride and groom emerged from the City Hall. We lingered a little longer over our coffee, then wandered up to the city hall and there was second wedding happening!

And finally, a few pictures of the Rhone River and one of a bridge built by Gustave Eiffel that spans the River. 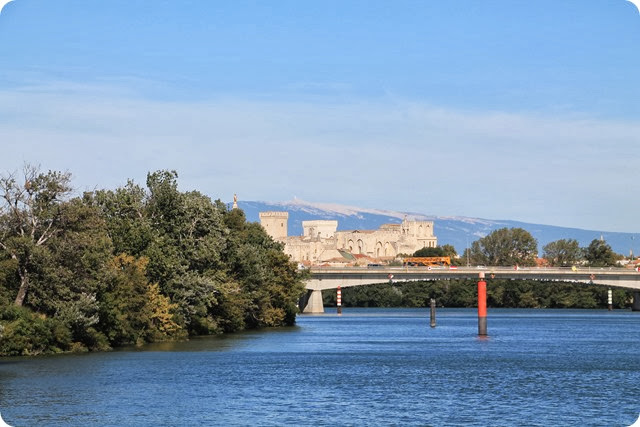 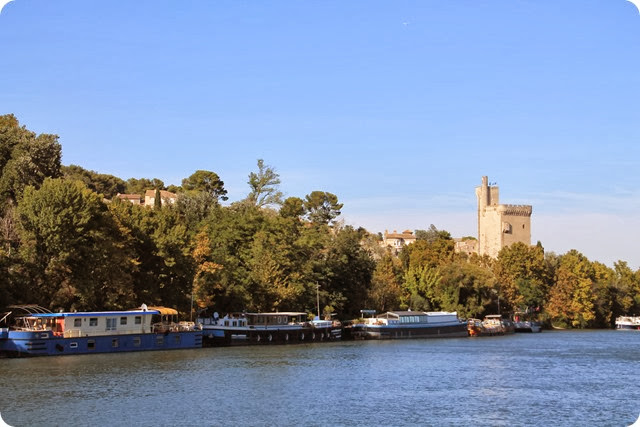 Posted by tessa at 17:20 No comments: Links to this post